When I was a kid, my mom used to watch a soap opera called Dark Shadows which was a story about Vampires. This was before the Satanic Panic of the 1980's after which I doubt anything like Dark Shadows would have gotten the green light from network lawyers.

Soaps are a strange phenomenon in the first place but what a bizarre story line. I don’t remember any uproar about it either. Folks just seemed to take it in stride that thousands of housewives were doing their ironing while keeping up on the day to day of blood sucking fiends and either tuned in or didn’t.

At the beginning of the 80’s I was going to school and working as a CNA at a convalescent home. One of my tasks was to assist residents who weren’t able to feed themselves. They always had the tv on and at lunchtime and I was drawn into following a soap called General Hospital.

The main characters were a man named Luke and a woman named Laura. I don’t know if all soaps are like this, but I get the feeling that there's no plot line that is too far fetched.

At one point Luke raped Laura, but it turned out that in reality it was because deep down inside he truly loved her and they ended up getting married. Oh, and they got abducted by aliens.

Sure, why not right?

Yesterday we held a memorial for Troy O'Shann one of the guys from my rock and roll days back in the 80's.

Troy lost his life in a hiking accident in Big Sur.

I can't say we were real close, our lives ran in different circles other than the music scene. To say that he was a presence would be an understatement. He was funny, gregarious and upbeat. I envied him with how at home he was onstage, as I have never been that way. I remember one time when he heard one of my folk tunes, Good to See You, and was very moved by the words. I don't know that he ever understood how much that meant to me.

You probably know people that are so alive that you can't imagine them not being there. Troy was one of those guys. He is missed by many, I'm glad to have shared the stage with him and I hope he has found a home with his Maker.

Rest in peace my friend

The place where songs are born

The hardest part of songwriting for me has always been the lyrics. If they don’t just come out all at once I almost never happy with them, and so the song never sees the light of day.

Most of the time I’ll have the guitar part that I’ll spend a lot of time on making it sound just right and hopefully interesting. It’ll be in the dock for a long time, sometimes years and the one day I’ll pick up my guitar and all the lyrics will come out in minutes and the song will be done. The Snake Song was like that three verses and a chorus in what could not have been more than 15 minutes.

It’s an amazing thing that happens and almost feels like some sort of magic.

I don’t think I’ve ever successfully sat down to write a song with a specific subject or theme. I’m amazed at people who can. For me, music comes from an non-conscious  place that often surprises me more than anybody else.

When I was a child I was very curious about everything (still am). At one point I wanted to be an entomologist. I read everything I could find on insects. I asked my folks for an ant farm but I was denied. Looking back, they probably couldn’t afford one.

Fast forward about thirty years. I run across one in a store in San Luis, so I bought it.

Awesome! I got my ant farm.

Set it up, get the ants, kick back and watch them do ant things. Throw some crumbs in there, make sure the cotton ball in wet. It was everything I had hoped for, they’re fascinating creatures.

One day I noticed one of the ants moving a little slower than the rest, and by the evening it was dead. The other ants dug a little ant graveyard and placed their buddy in it.

Soon there was a second ant then a third and so on till there was only one left.

There is nothing that I’ve ever seen that is so sad as the last ant.

It just sat in the corner, head down, antenna drooping, the very picture of despair and it seemed like he kept on living for weeks though I’m sure it wasn’t nearly that long.

P.S. I know that I have no idea how that ant felt or even if he felt anything at all. But it sure looked like he did.

I’ve always been drawn to the sound and feel of acoustic music. America's first two albums, The Eagles Desparado record, Cat Stevens' Tea for the Tillerman and Teaser and the Fire Cat al had the music I tried to learn when I started out, even Led Zeppelin drew me in with their folk influenced tunes like Battle of Evermore and Gallows Pole and Braun Y Rwar Stomp. A friend turned me on to the first Will the Circle Be Unbroken album and that led to a decade of bluegrass, new grass and new acoustic music like Tony Rice, Grisman Quintet, Mark O,Connor, and New Grass Revival. Duane Inglish hosted a show on KCBX for years called Basically Bluegrass introducing me to Peter Rowan, Seldom Scene, Jerry Douglass and Hot Rize. I’ve tried in my music to add to that genre with my own vision of where it could go.

I'm very pleased to see that  the young generations have found this music and have expanded it even further. Nickel Creek, the Punch Brothers, Milk Driver, Molly Tuttle, Billy Strings, just so many other very talented people keeping acoustic music alive and making me smile. Thank you all very much. I'm so glad to be a part of this community.

My first ever gig was New Years Eve 1976 with my high school band Genicide. Freeman Lee on bass, John Anderson on drums, Bob Giacaglia and Steve Morris(?) on guitar. I was just singing. It was a keg party at the Camus' house in Perfumo Canyon. We opened up with Mama Kin by Aerosmith and the place went nuts. I was hooked. I’ve been at it one way or another ever since.
I think Freeman still has a handmade poster of the gig.
We played in the living room of the old farmhouse and one of the things that was awesome for a high school rock star was that we shook a couple of the windows out their frames. Sorry Camuses.
We were very loud and didn’t have any monitors, our mains were these homemade speakers that I think had two 12”s in them. I pretty much couldn’t hear a thing I was singing and doubt anybody else could either. I couldn’t talk in more than a rasp for a week.
It was wonderful.

I dropped my truck off for new tires yesterday and since I was only a couple of blocks from work I decided to walk. As I was walking I started quietly singing the song that was in my head. After a while I started thinking that the folks in cars probably thought I was a crazie walking the street talking to myself. I stopped singing for about three seconds, then thought- “ screw it.”
Tom Petty's American Girl is a good marching tune. 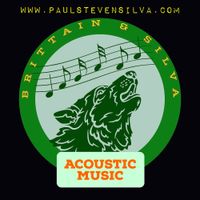 You can’t stop them, you can only hope to contain them. 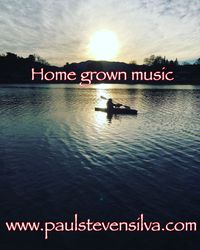 Paul and Timothy- up close and personal.

Eberle is awesome! Come out and enjoy the view. We'll even throw in some music for free. 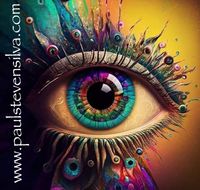